For over thirty years, Jules Bernier has worked as a senior human resources management executive for important domestic and international corporations, operating in a variety of sectors including media, manufacturing, mining, finance, agri-food, health and cooperative.

He has demonstrated his expertise in various countries, such as Canada, Mexico, France, United States, as well as North and West Africa, where he was expatriated. Over the years, he has developed a great interest in multicultural management and a strong expertise in international management.

As an attorney, Mr. Bernier is particularly interested in international, business and franchising legislation as well as in matters related to mergers and acquisitions and international trade.

Mr. Bernier is characterized by his open-mindedness and his ability to quickly grasp different issues within an organization in order to formulate innovative solutions related to the current situation.

At ease in the role of strategic advisor, he has coached many successful executives and decision makers, on both personal and professional levels, throughout his career

Mr. Bernier has authored several articles on human resources management and he has often been invited to speak at conferences, seminars, symposiums and workshops 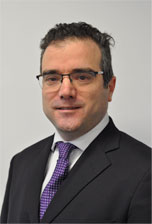 Pascal Coté graduated in law from the University of Sherbrooke and has been a member of the Quebec Bar since 2002. He also holds a Bachelor's Degree in Business Administration and a Master's Degree in Management from HEC-Montréal. Pascal founded her own firm in Montreal in 2017.

Pascal Côté has an expertise not only in law, but also in international business management. He accompanies his clients in the life cycle of their company and is called to negotiate their international projects. Pascal is recognized for his expertise in corporate law, commercial law, real estate law and intellectual property.

Pascal Côté has published various articles in the field of business law. He has also been a speaker on corporate governance, the challenges of international law practice and business law. He teaches business law at the University of Sherbrooke.

Pascal Côté is a director of numerous companies and Chair of the Montreal Bar's International Relations Committee. He is a member of the International Union of Lawyers and is a partner of the Chartered Institute of Arbitration. He is also involved within different cultural organizations.

Mohammed Houhou, jurist and manager, has attended university in Algeria and in France and holds a postgraduate degree from the Université Paris II Sorbonne. Mohammed has a solid expertise in his areas of specialization. Mohammed Houhou has over fifteen years of experience as a senior executive in the field of company management, both for companies based in Algeria and in France. He attended Algerian and foreign groups in the realization and optimization of their investments. The areas of expertise of Mohamed Houhou include both the litigation and council. In fact, he advises foreign companies located in Algeria on companies and commercial law issues. He is involved in litigation on issues relating to contractual liability, shareholders disputes and criminal law of business affairs. 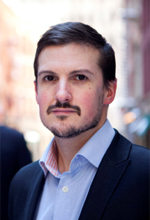 Marc B. Duquette is a member of New York Bar. Originally from St-Jean-sur-Richelieu, Quebec, he now lives in Manhattan where he has been practicing law for the past 15 years. He acts as jurist and manager for Quebec and international companies doing business in the United States.

Mr. Duquette began his career with Ogilvy Renault (now Norton Rose Fulbright) in Montreal, and subsequently continued practicing law with White & Case, a preeminent New York-based global law firm. He has also acted as Vice-President of Corporate Development and General Counsel of an international holding company based in New York with activities in multiple industries including marketing services, media & entertainment, technology and art. As one of its top officers, he played a key and decisive role in operations, labor relations, technologies, financing, acquisitions, integration and public relations.

This experience as an executive, as well as his thorough immersion in the American business culture, make him an ideal jurist-manager for Quebec companies doing business in the United States.

He holds, in addition to degrees in both civil law and common law, a Masters in international business law and a MBA (INSEAD). He has founded a lawfirm in New York in 2013. 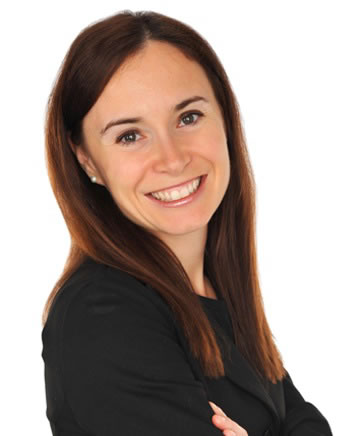 Caroline Bérubé, jurist and manager, has been working in Asia (Singapore, Bangkok, China) for more than 17 years with SMEs, MNCs and foreign banks, advising them in the field of commercial law, intellectual property, human resources and M&A in the Asia Pacific region. Caroline is highly regarded for her legal expertise in setting up legal and tax corporate structures. Caroline is a real entrepreneur! She started and managed four successful start-ups, and in the early 2000s she has founded one of the first foreign law firms, owned by a woman, which has offices in China and Singapore. Caroline is a lecturer at the Laval University in Canada and Sorbonne Assas Law School - Asia Campus. She is regularly invited, as a speaker, on the international scene. Caroline holds senior positions in the International Bar Association, Inter-Pacific Bar Association and Primerus. Caroline is admitted to practice in New York and Singapore and holds a BCL in civil law and LL.B. in common law from McGill University in Canada. She studied Chinese law at the National University of Singapore and was one of the first foreign lawyers to be admitted to the Singapore Bar. In 2015, Caroline was selected as the Young Global Leader (YGL) by the World Economic Forum which recognizes the most distinguished leaders under the age of 40.

Mr. Truong is a prominent member of Montreal’s Vietnamese community, and also serves on various non-profit organizations of the Asian community such as Montreal’s Festival Accès Asie. Throughout his 25 years of professional career, Mr. Truong played leading roles in some of Canada’s largest organizations, ranging from operations, billing, IT and customer service.

Mr. Truong was the Vice-President operations, sales and marketing at “Les Residences Allegro”, one of Canada’s largest retirement homes network. He also held the position of Region Director of Logistics at Coca-Cola Enterprises, where he managed the supply chain, leading all of Canada’s 122 warehouses and distribution centres.

M. Truong had interaction with all aspects of operations in various industries from customer service to executive management, earning the respect and trust of both ends of the spectrum at the personal and professional levels.

Bernard was appointed to the Executive Council of the Global Billing Association (GBA), and was Guest Speaker several times at the Billing World conference. He has been invited as panelist and keynote speaker in expert forums on 3rd party risk management in Mexico, China and North America. M. Truong co-chairs of the concentration risk committee for Canada DSIBs.

M. Truong is Chair on the Board of Le CAP (Centre d’Apprentissage Parallèle de Montréal), a not for profit organization helping individuals with mental health challenges, as well as a member of the AARC (Allocations and Agency Relations Committee) for United Way of Greater Montreal.

M. Truong holds a Bachelor degree in Sciences from the University of Montreal and an Executive MBA from McGill - HEC Montreal. He also holds the advanced designation of Certified Outsourcing Professional (COP-Gov) from the IAOP.

Paola is a creative leader with exceptional skills in development of strategic partnerships and business transformation that stands out for her engaging and engaging leadership. Expert in omnichannel strategies and integrated management of business units.

Paola has held several management positions and has worked as a senior executive in major organizations (National Bank, TVA Group, Alliance Atlantis, Cineplex), particularly in the following sectors: banking, insurance, the telecommunications industry related to entertainment, cinema and in to production (movies, TVs and videos). She founded her own executive consulting firm in 2015, which contributes to the success of organizations by changing the game through a visionary and flexible approach to the business world. 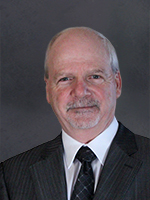 With more than 30 years of experience in executive roles in Canada and abroad, Jean-Paul Chartier is well-versed in the areas of strategic planning, business development, organizational optimization and continuous improvement of business processes.

His extensive network in the business community and the financial world is an important asset in the search for financial solutions tailored to the organizations looking for financing during a reorganization, a merger or an acquisition.

Furthermore, his expertise in the field of project management is well-known by the major Canadian players for whom he has coordinated important acquisition projects. He is a seasoned manager, results-oriented and able to formulate realistic and efficient solutions to the problems presented to him.

His experience in the areas of manufacturing, media, telecommunications, retail business, agri-food and information technology render him a multi-disciplinary manager who can adapt to the demands of globalization and of a multicultural world. 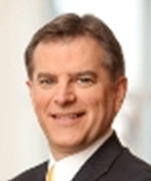 Daniel Ducharme cumulates more than thirty years of experience in the field of Information technology (IT). For the past eight years, he has offered strategic advisory services to companies, aimed at improving the performance of their investments in IT. The creation of value is the key element of all his interventions and his mandates that take the forms of IT planning, management or assessment.

Well known in the IT business community in Montreal, he has repeatedly been invited to attend plenary sessions and to give lectures. This extensive network gives him access to strategic partners that enhance his service offering.

Daniel Ducharme has held several positions during his career, all related to the IT sector, in areas as varied as manufacturing, banking, distribution, retail, services and consulting. He has held the positions of strategic advisor, vice president of business development and senior vice president of technology (CIO).

Graduate of the University of Quebec in Montreal in business administration, with a specialization in information systems, Mr. Ducharme has had throughout his career to acclimate to companies in transition where his great ability to adapt has been put to contribution.